John Szepietowski reviews the Impact of Brexit on Family Law

As the transition period out of the European Union ended on 31st December 2020, a number of changes have been made to the reigning law in the United Kingdom. Although family and matrimonial law did not have priority in the withdrawal discussions between the U.K and EU, Brexit has greatly impacted family law in the UK. As the EU-UK Trade and Co-operation Agreement did not refer to family law issues, the European Union (Withdrawal Agreement) Act 2020 stands.

The Impact of Brexit on Divorce

For spouses who exercise a cross-border relationship, who have petitioned to divorce on or prior to 31st December 2020, the “Lis Pendens” rule applies. Under EU Regulation 2201/2003, otherwise known as Brussels II A and Brussels II bis, the Lis Pendens rule dictates that the EU member state where divorce is first filed has jurisdiction to process the divorce.

The Impact of Brexit on Maintenance Orders

Many couples will have agreed in advance which jurisdiction potential disagreements regarding maintenance payments are to be decided. This prevents a dispute from arising, therefore, saves both time and money for the parties involved. However, if this was not predetermined by the couple, then for disputes starting on or prior to 31st December 2020, the EU Maintenance Regulation (Council Regulation 4/2009) governs the enforcement of maintenance orders and procedures for jurisdiction recognition.

If divorce proceedings are commenced after 31st December 2020, the Maintenance Regulation will no longer be in effect. Instead, the 2007 Hague Maintenance Convention will take its place, however, it is noted that there is a lack of detail regarding matters of jurisdiction. Therefore, it is likely that domestic laws of the jurisdiction in which the divorce proceedings are taking place will apply.

The Impact of Brexit on Children

A vital power of Brussels II A is the regulation of the rules of jurisdiction for child protection, child abduction, and parental responsibility within the European Union. The rules ensure a child’s safety and welfare are prioritised and the EU has continuously acted to stop child abduction across its member states.

As the Brussels II A regulation has been repealed upon the end of the transition period, many concerns have arisen regarding the ability of the government to handle child abduction cases with urgency. We are now relying upon treaties, including the 1996 Hague Convention on Parental Responsibility and Protection of Children and the 1980 Hague Convention on International Child Abduction. Although similar, these treaties do not offer the same protection as the EU Regulations.

The key differences are that the Brussels II A enforces a 6 week rule that all child abduction cases should be dealt with within 6 weeks unless exceptional circumstances apply. The 1996 Hague Convention does not stipulate a timeframe for child abduction cases which raises concern as to how long a child will be at risk due to the lack of guidance. Furthermore, the 1980 Hague Convention enforces a rule that allows a member state to refuse to return a child to another member state if it considers there is a grave risk that the child will be exposed to harm.

This information is correct as of 2nd February 2021, further changes are likely to occur in the following months which may impact the validity of some or all of this information. 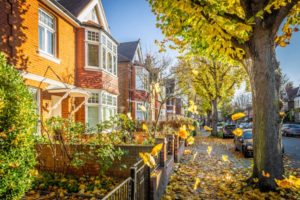 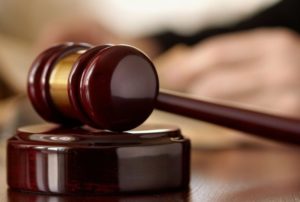