On 11th December 2020, the UK Supreme Court handed down a ground-breaking judgment regarding anti-competition law in the collective action brough against Mastercard by Mr Merricks. Mr Merricks brought the case on behalf of 46.2 million consumers, claiming a total of £14 billion in damages, which was initially refused by the Competition Appeal Tribunal in 2017.

Mastercard operated the Mastercard payment card scheme which enables consumers to purchase goods using their debit or credit card. In order to benefit from the scheme, both the consumer, and the establishment they use their Mastercard at, must pay fees for the transaction. In addition, there were also multilateral interchange fees which Mr Merricks claims breached both EU Competition Law as well as the UK Consumer Rights Act.

However, the issues currently facing the court are what the legal test for certification of claims as eligible for inclusion in collective proceedings is and what is the correct approach to questions regarding the distribution of an aggregate award at the stage at which a party is applying for a Collective Proceedings Order (CPO). To simplify, whether it is suitable for Mr Merricks to bring collective proceedings for this claim and whether aggregate damages are appropriate.

Mr Merricks sought a CPO from the Competition Appeal Tribunal in 2017, on behalf of over 46 million who purchased goods/services from businesses who offered Mastercard services in the UK between May 1992 and June 2008. Regardless of whether a consumer used or owned a Mastercard card, Mr Merricks was claiming on their behalf on the basis that price increases were passed onto all purchasers including those paying by cash or cheque. The claim was sought to function on an ‘opt-out’ basis where those who fall under the class of consumers and are uninterested in the claim can elect to disassociate themselves from it.

The structure of Mr Merricks claim was that the multilateral interchange fees were set at an unlawful rate which resulted in consumers facing higher prices. The £14 billion figure is supposedly equivalent to the amount of the unlawful charge passed to the consumer. Each consumer would approximately be awarded £300.00.

The Competition Appeal Tribunal refused to grant the CPO on the basis that this claim would not be suitable for collective proceedings. This decision was later overturned by the Court of Appeal. In response, Mastercard appealed to the UK Supreme Court.

On 13th May 2020, Lord Kerr, Lord Briggs, Lord Sales, Lord Leggatt and Lord Thomas heard the two-day appeal from Mastercard. After much anticipation, on 11th December 2020 the Supreme Court announced their decision to grant Mr Merricks the CPO.  This was the first successful claim for a CPO under the UK’s collective actions regime. Many other cases will now be decided according to this Supreme Court ruling, paving way for a multitude of claims.

The Supreme Court’s findings were that the Competition Appeal Tribunal fell short in more than one area of their decision. Firstly, the Supreme Court found the issue of suitability of aggregate damages was a factor to be considered rather than definitive obstacle. Additionally, it should have been assessed whether consumers bringing individual claims would have been appropriate and clearly having over 46 million individual low-value claims is less favourable than having one collective claim. Furthermore, the overcharge being passed onto consumers was not to be seen as a common issue and was in fact a vital factor to be considered. Amongst other conclusions, the Supreme Court found that the Tribunal failed to appropriately utilise the available evidence in order to attempt to quantify damages.

Please contact John Szepietowski at Audley Chaucer for details on this matter or any other legal topic www.audleychaucer.com 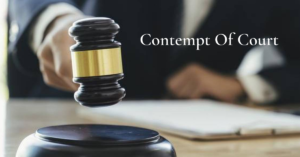 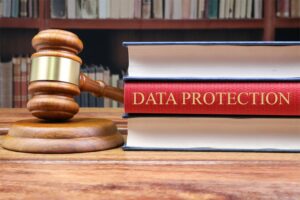 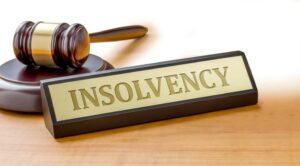