This case concerned a Defendant who had, in contempt of court, repeatedly published information about the case on the internet, specifically, through video posts on a prominent social media site. He was committed to prison for 10 months.

The judge was scathing of the Defendant’s conduct through the case, saying that he was ‘so disruptive that it was impossible to produce him to the dock’ and at one point, he ‘stripped naked in the custody suite causing officers immense problems at the police station’. The behaviour of the Defendant was said to have prolonged the case, as the case itself was not inherently complicated. The judge viewed that the Defendant ‘deliberately endeavoured to taunt the court’ with multiple counts of ‘rudeness and immense disrespect’.

The key issues for the court were:

The burden of proof was on the Attorney General, and it was the criminal standard of proof of being guilty ‘beyond reasonable doubt’. The Defendant did not present a defence.

The Defendant had published information in relation to a hearing on 1 June 2020 at the Family Court in Sheffield. He also published a document which had been submitted to the court in relation to those proceedings. The judge chose not to deal with the substance of the family law proceedings themselves, not wanting to add to the ‘anguish’ of the mother nor the children involved.

The judge referred to the Children Act 1989 which states that nothing in the family court involving children may be published without leave of the court. It is a contempt of court under s12 of the Administration of Justice Act 1960.

The Defendant had been ordered to remove the material, but he did not do so. The Defendant was given notice of the committal proceedings and hearing but chose not to attend. He was given numerous reminders about his entitlement to legal aid but did not engage.

In terms of penalty, the court considered previous penalties imposed following contempt by way of social media postings. They ranged from 6 months’ imprisonment to 3 months suspended for 2 years. The judge however stressed that each contempt case is factually distinctive.

The judge observed that no harm had been caused to the family court proceedings themselves as they concluded in 2020, however, the posts were said to have ‘cast a long dark shadow’ over the participants in the litigation. The mother was also subject to abuse and insults in the posts, as was the CAFCASS officer and even the hearing judge.

In light of the Defendant’s behaviour throughout proceedings, his lack of guilt, and the lack of regard for the welfare of the children and mother involved in the case, the judge thought 10 months was appropriate.

The case serves as a lesson to those seeking to publish information about family proceedings on the internet. The courts will view this as a serious offence, and you will be punished accordingly. The sentence was not suspended, in part, to protect others from further breaches of s12 of the 1960 Act.

The judge reached robustly because of the severity of the Defendant’s conduct as well to deter others from similar behaviour. Not only was the publication of sensitive information important, but the frequent examples of bad behaviour and refusal to engage with the justice system worked against the Defendant.

For further information on this topic or on any other legal area, please contact John Szepietowski or Kay Stewart at Audley Chaucer Solicitors on 01372 303444 or email admin@audleychaucer.com or visit our Linkedin page 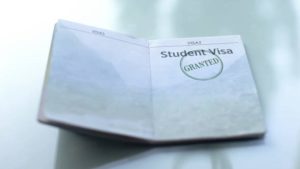 John Szepietowski discusses how to obtain a Student Visa 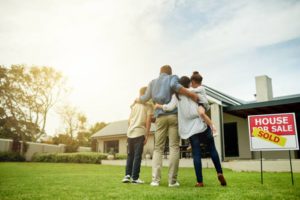 John Szepietowski discusses the process of purchasing a property 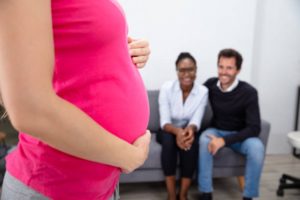